Homi K. Bhabha’s Concept of Mimicry
General Statement---Bahabha’s Concept of Mimicry---Use of Ambivalence in Mimicry by Bhabha---Fanon’s Psychoanalysis---Mimicry as Resemblance not Resistance---conclusion
The aim of this task is to explore the meaning of mimicry with relation to the study of postcolonial criticism and theory in Homi K. Bhabha’s interpretation in his book “The Location of Culture”. According to Oxford Advanced Learners Dictionary; “Mimicry is the art of mimicking somebody/something”. And mimic is to copy somebody’s voice, gesture, etc. in order to amuse people.
“When colonial discourse encourages the colonial subject to ‘mimic’ the colonizer, by adopting the colonizer’s cultural habits, assumptions, institutions and values, the result is never a simple reproduction of those traits. Rather, the result is a ‘blurred copy’ of the colonizer that can be quite threatening”.
(Bill Ashcroft et al, 1990: p.139)
In the above sense of to mimic the traits of colonizers is not complete beneficial for colonizers, its ends are spoiled image and caricature of the masters, though may it be desirable for them too. That “blurred” copy is threatening to colonizers, their civilizations and images.
Homi K. Bhabha’s concept of mimicry is a strategy of colonial power/knowledge which has a desired goal for the inhabitants of approval and changed outlooks in terms of inclusion and exclusion. Inclusion aims the acceptance of “good natives” as the colonizers programmers and exclusion puts the goal of disavowal and denouncing the majority “bad natives”. Bhabha further defines mimicry in the term of ambivalence as similar and dissimilar. Similarity defines its resemblance to the masters, colonized subjects to be like masters and dissimilarity: “a difference that is almost the same, but not quite”. (Bhabha 1994:86)
Again the concept of Bhabha’s mimicry is related to Sartre’s Existentialist theory of “inauthenticity and role-playing” but Bhabha gives mimicry different inflection of the individual crisis which is contrasted to, the mimicry that comes from “colonized subject’s peculiar awareness of cultural, political, and social inauthenticity, of being ideological constructed and fixed in representation”.(An Introduction to Postcolonial Theory p. 130) Further Bhabha draws a line of mimicry and inauthenticity calling it as menace to the mimicry; “A sudden  awareness of inauthenticity, of authority’s constructed and assumed guise, is the menace of mimicry”.(ibid. P.130)
Bhabha takes his initial point from Fanon’s psychoanalysis model in Black Skin, White Masks. Bhabha takes his point of interest from the ‘mask’, due to its menacing effect. Moreover he takes example from the essay “Algeria Unveiled”, in which there is an image of camouflage. “In this Bhabha sees a representative fear of veils, covers, and masks in the actions of the French: “-the veil conceals bombs. The veil that once secured the boundary of the home-the limits of woman-now masks the woman in her revolutionary activity”. (ibid. P.130). Therefore in that context the veil becomes the mark of cultural and religious difference, possibly disguised terrorism. While the term camouflage Bhabha takes from Lacan in his essay “Of Man and Mimicry” in “The Location of Culture” as:
Mimicry reveals something in so far as it is distinct from what might be called an itself that is behind. The effect is camouflage….It is not a question of harmonizing with the background, of becoming mottled-exactly like the technique of camouflage practiced in human warfare.
(Bhabha 1994: 85)
But mimicry at Bhabha is not a representation of resistance but resemblance according to the desires of colonizer master revealed in the Minutes of Macaulay as: “A class of interpreters between us and the millions whom we govern-a class of persons Indian in blood and colour, but English in tastes, in opinions, in morals and intellect”. (ibid. P.87)
In other words a mimic man may be raised through English school as a missionary educationist wrote in 1819, “to form a corps of translators and be employed in different departments of labour”. (ibid P.78) Descendants of the above sown seeds of colonizers Bhabha traces in the literary mimicry works of Kipling, Forster, Orwell, Naipal etc.
Mimicry in Bhabha’s terms though is the colonial strategy to create the people “to be Anglicized is emphatically not to be English” and though it is clear that Bhabha’s concept of mimicry is repetition not representation, yet this resemblance is threatening to the basis of power and discrimination while preserving difference of, for example, liberty, status, and rights because when Stokes says, “there is a distinctive quality of English civilization……” (An Introduction to Postcolonial Theory; p.132) is threatened.
Knowing this Bhabha too comes to the conclusion that mimicry is both threatening as well as supporting to colonial powers, thus he calls it the metonymy as:
In mimicry, the representation of identity and meaning is rearticulated along the axis of metonymy. As Lacan reminds us, mimicry is like camouflage, not a harmonization of repression of difference, but a form of resemblance, that differs from or defends presence by displaying it in part, metonymically. Its threat, I would add, comes from the prodigious and strategic production of conflictual, fantastic, discriminatory ‘identity effects’ in the play of a power that is elusive because it hides no essence, no ‘itself’.
(Bhabha 1994: 90)
References
McLeod J. (2007) Beginning Postcolonialism, Press
Bhabha H.K. (1994). Location of Culture
Ashcroft B. et al (2003) Post-colonial Studies, key concepts, Routledge Taylor and Francis Group:
Ashcroft B. et al (  ) An Introduction to Postcolonial Theory
at December 20, 2010 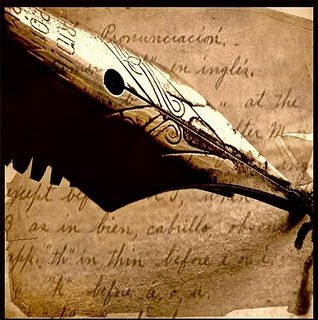